This is not a story told in past tense. Today, Priya’s dad lies on the floor of their hut, unable to move. That’s what he’s doing at this moment.

He used to be an auto-rickshaw driver, but he got in an accident. He had to have a rod placed in his leg, but that treatment backfired and ended up causing him to be paralyzed from the waist down. His family doesn’t have enough money to help him at this point, so he has nowhere to go.

This is Priya’s story. This is her life. She belongs to a poor family in a village called Kakkallur. Her mom works until 10 at night, bringing home a couple dollars every day. Priya recalls looking for scraps of paper in the trash to rip off and use at school as notebook paper.

That’s the kind of thing that gets laid to the wayside when there isn’t enough money to go around. Notebook paper is not as important as the small amount of food your hard earned money can buy. So Priya’s education took a hit. 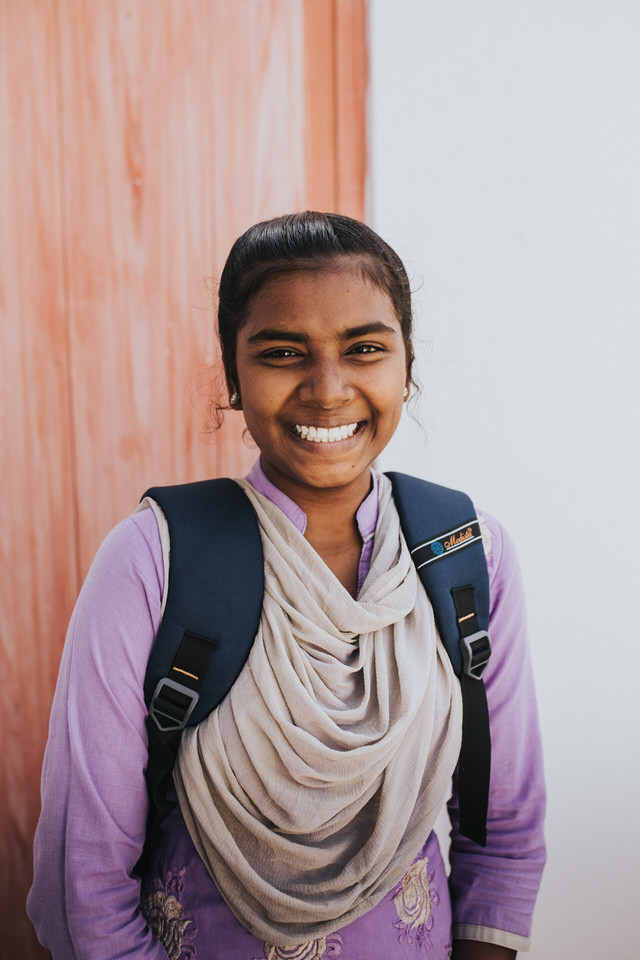 When we think of helping the poor, we often think of the grand scale, the big problems: World hunger, the water crisis, sickness, oppression. We don’t always think about the girl who is searching through trash cans for paper because she just wants to learn but doesn’t have the money for a notebook.

But think about it. If you saw some child searching for paper in a trash can, you’d easily step in and say, “A notebook? That’s all you need? Oh, easy, I can get you a notebook.” And that’s why we do what we do. Because real life change can come through something as simple as that.

We often forget that sometimes simply showing a child that they matter is the most important thing we can do. To kids like Priya we want to say, “We see you. We notice you. You matter. We see your hunger for an education. We see your desire to dream. We see your fire, and we want to stoke it.” We believe that stepping in where we can is what we must do. If we see children searching trash cans for notebook paper, we want to give them notebooks. And what we’re noticing is that the more we step in and stoke these kids fire for an education, the more they are supported to succeed. The less their education takes a hit. 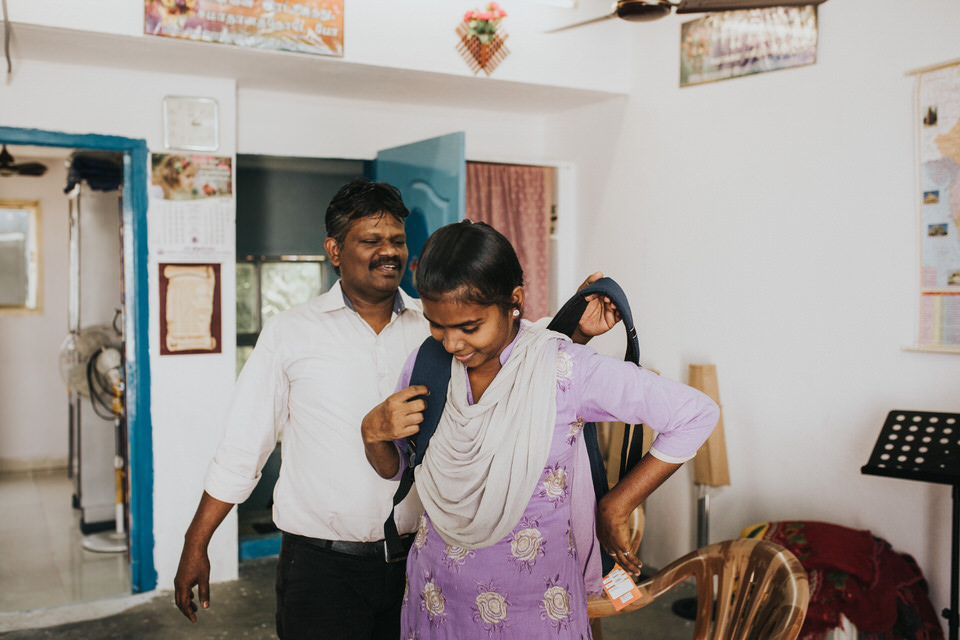 The Hope Venture’s partner, Sam, noticed Priya. He has been coming to visit her and her family to pray with them. He gave her a backpack with school supplies. And now we’re watching Priya’s education benefit. She has a scholarship to a good school and she is excited about writing. She still giggles when she thinks about how excited she was to receive a notebook and some pens.

When life seems to be nothing but despair, a notebook and a pen can be enough hope to change everything.