A need deeper than money.

When we go to Kenya we take time to sit down with the students we sponsor so that we can hear their story. One of the questions we ask many of the students is, “What was the biggest challenge facing you in your life?” A lot of students talk about their lack of money and their inability to pay for school. It almost feels like the right answer to give a non-profit who helps sponsor students.

But Kelvin said, “I didn’t know how to understand myself, and I felt very alone.”

Kelvin brings us into the complexity of the problem of poverty. Sometimes it can feel oversimplified, as if the story is as simple as this: someone doesn’t have enough money to go to school, so we give them the money, and then happily ever after. It’s not that simple, it’s deeper. We’re talking about real people. Real pain.

This is Kelvin’s story:

He lost his dad when he was an infant.

Then he lost his mom when he was ten.

Then his land and his home were taken from him, forcing him to move in with his aunt.

Then he lost his chance to go to school.

This is when The Hope Venture intervened, giving Kelvin a chance to go to school. But the story doesn’t end there. For poverty continues it’s unrelenting attack.

You see, Kelvin struggles to have enough money to go on his school trips.

He struggles to have enough money to buy the clothes necessary for extracurricular events.

He struggles to have enough money to buy his books. Even though he has been sponsored, a multitude of difficulties remain. 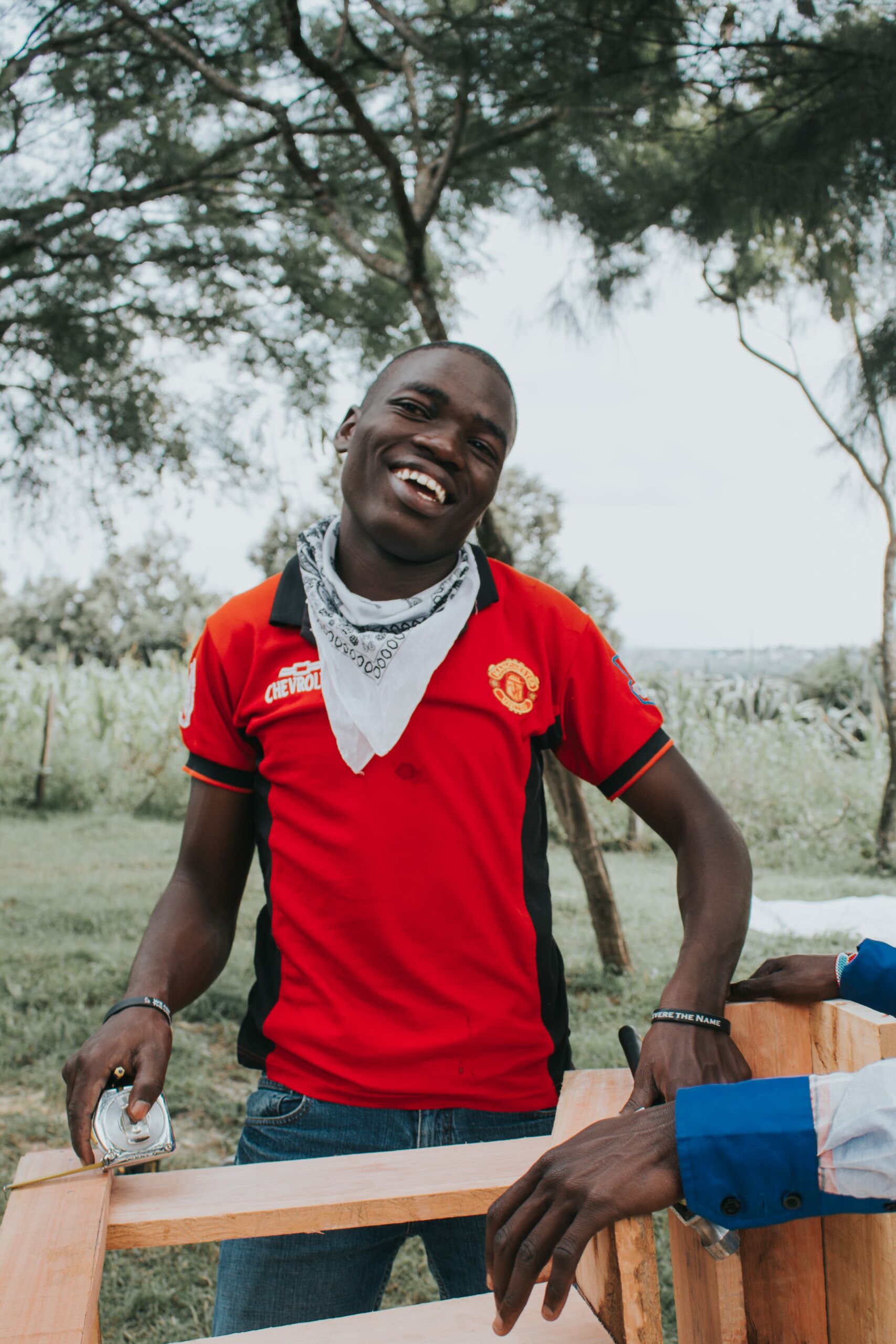 Our student sponsorship project is multifaceted. First, sponsorship provides the funds for high school kids who are unable to attend school because of their inability to pay for the school fees. Second, our Hope Venture Kenya partners visit these students at school, offering opportunities for mentoring and counseling. Third, we connect our students to their sponsors through written letters, providing encouragement and support from afar. Fourth, we gather all the students for Camp, where they build relationships with our HV Kenya partners, as well as the other students. At Camp, the students are encouraged to process their story together and to think about how they can make a difference in the world. Each of these layers seek to empower the students in all areas of their life: emotionally, mentally, spiritually, and physically.

Each year at camp, the Hope Venture’s US team, the Kenyan partners, and all the students work together to do a service project for the community. During Kelvin’s first year at Camp, he got the opportunity to help build an outdoor classroom. Through that project, he met Scott, our team’s building aficionado. Scott took Kelvin under his wing, teaching him the ins and outs of building. It was Kelvin’s first time using power tools, and he was very good with them. He found work that he loves and work that makes him proud. He came alive to his passion for building. The next year when Camp rolled around, Kelvin was eager to see Scott and learn more. The third year, Kelvin was leading a service project of his own, building desks for an elementary school in the area. He started to feel the confidence that comes with learning his purpose. 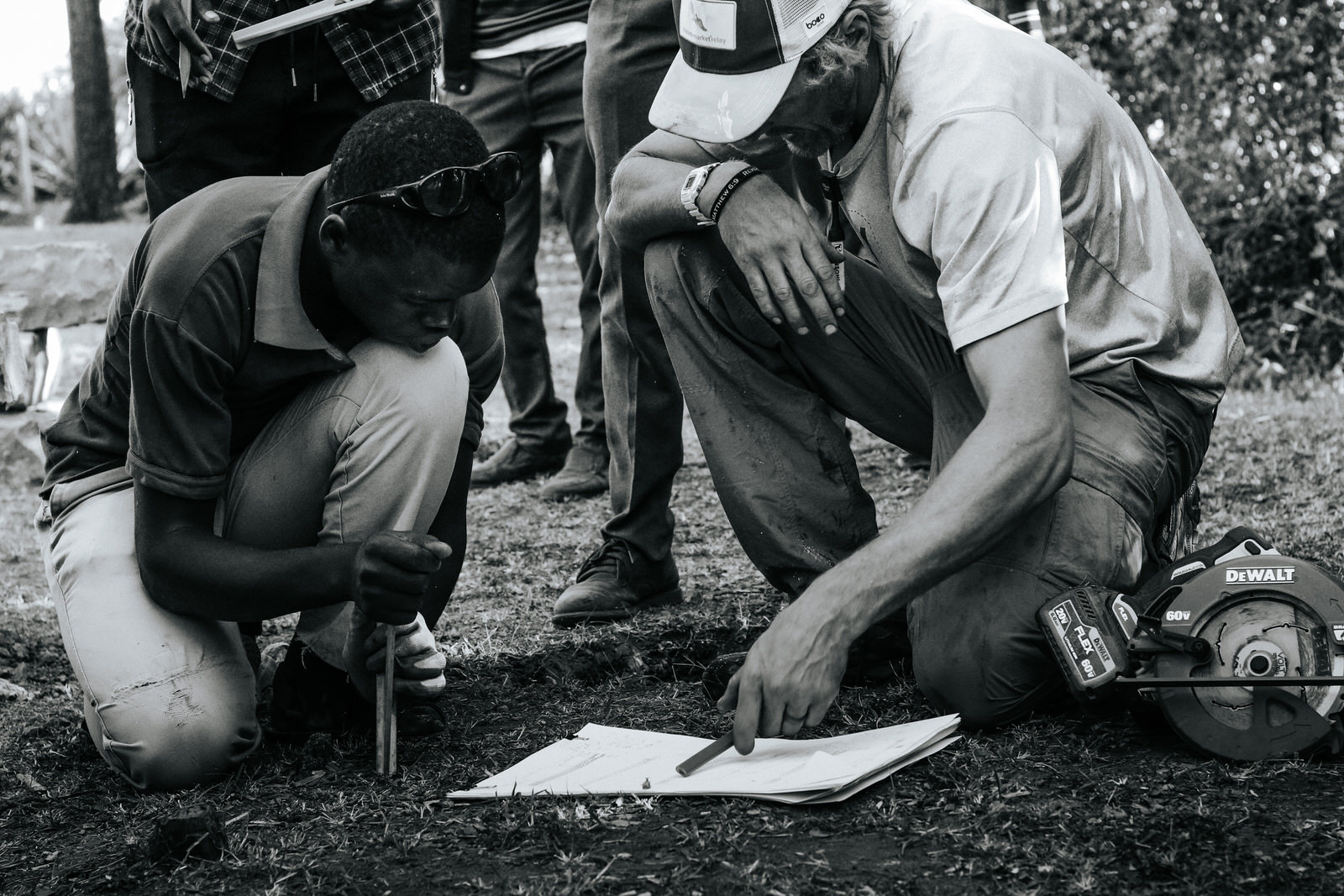 He underwent a transformation. While the turmoil of his circumstances were not altogether relieved, he gained the empowerment necessary to face the hardships that life will continue to throw at him.

Now Kelvin says that he has been changed. He says that he has a different character. That something has taken place within himself which has given him the ability to face his circumstances. He now knows that God can use even his disappointments to appoint him somewhere else.

You see, what changed in Kelvin’s life is that he found hope. Yes, hope. Hope in a God who works all things together for good. Hope in the midst of difficult circumstances. Hope that stands up to the relentless attack of poverty.

Kelvin’s story is not a happily ever after. His story is real. It’s painful. It’s difficult. Poverty is still present. But he has found hope in the midst of it. He’s found a peace that surpasses understanding. He’s been transformed from the inside out.

To impact more students like Kelvin, donate to our Student Sponsorship Project today!