The hardships of poverty and the beauty that can lie within.

Danush is the class clown. He’s the one all the other boys look to. Some might even call him a bit of a trouble maker. 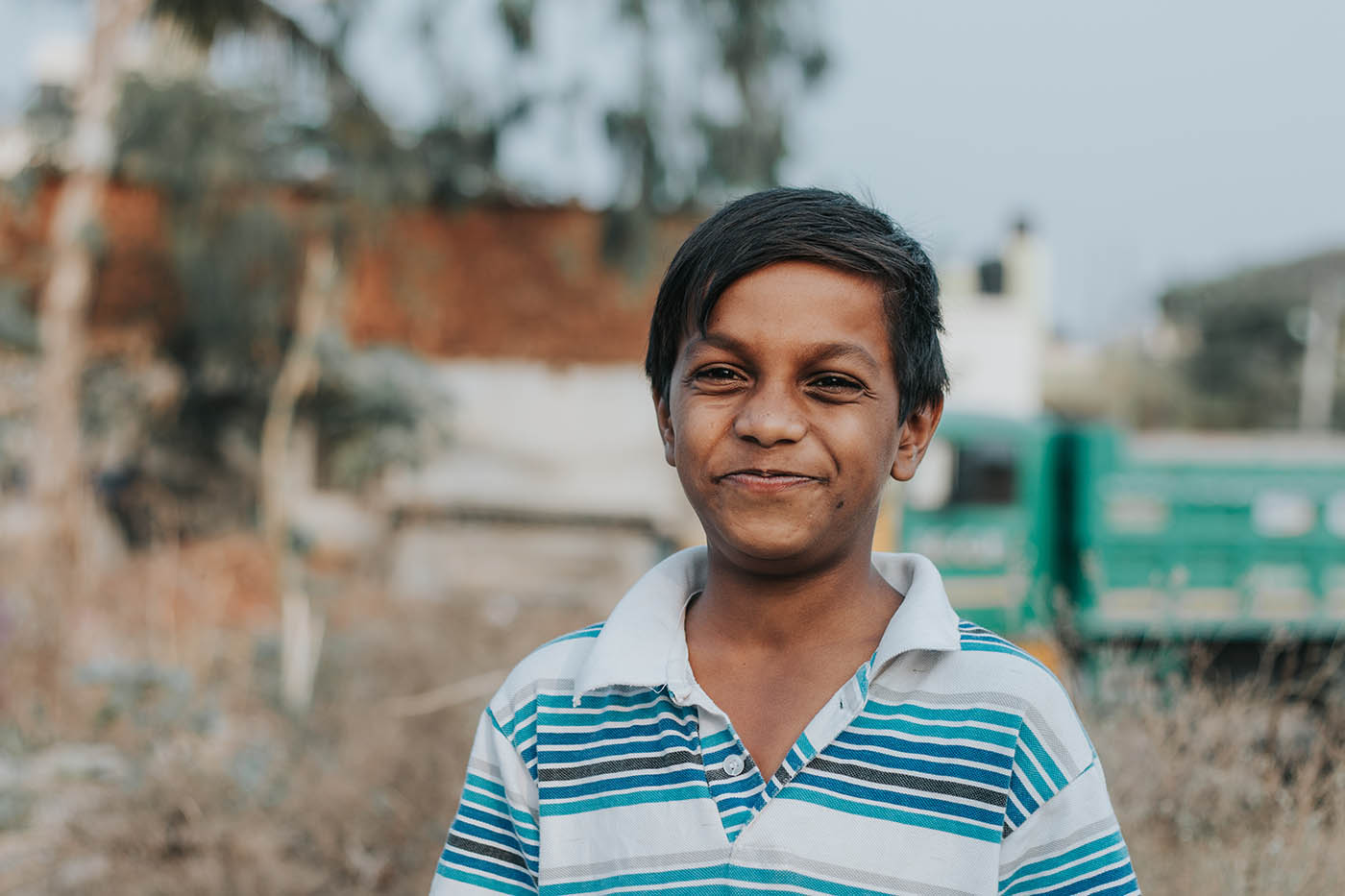 When it was his group’s turn to dance he was nowhere to be found, off messing around with his friends I bet. Maybe he just wanted a better entrance, had to let the crowd build in anticipation a bit. He was hilarious. His dancing was way better than the other boys, maybe not technically, but at least in confidence. He was a character, hamming it up in front of his classmates, making them all laugh. 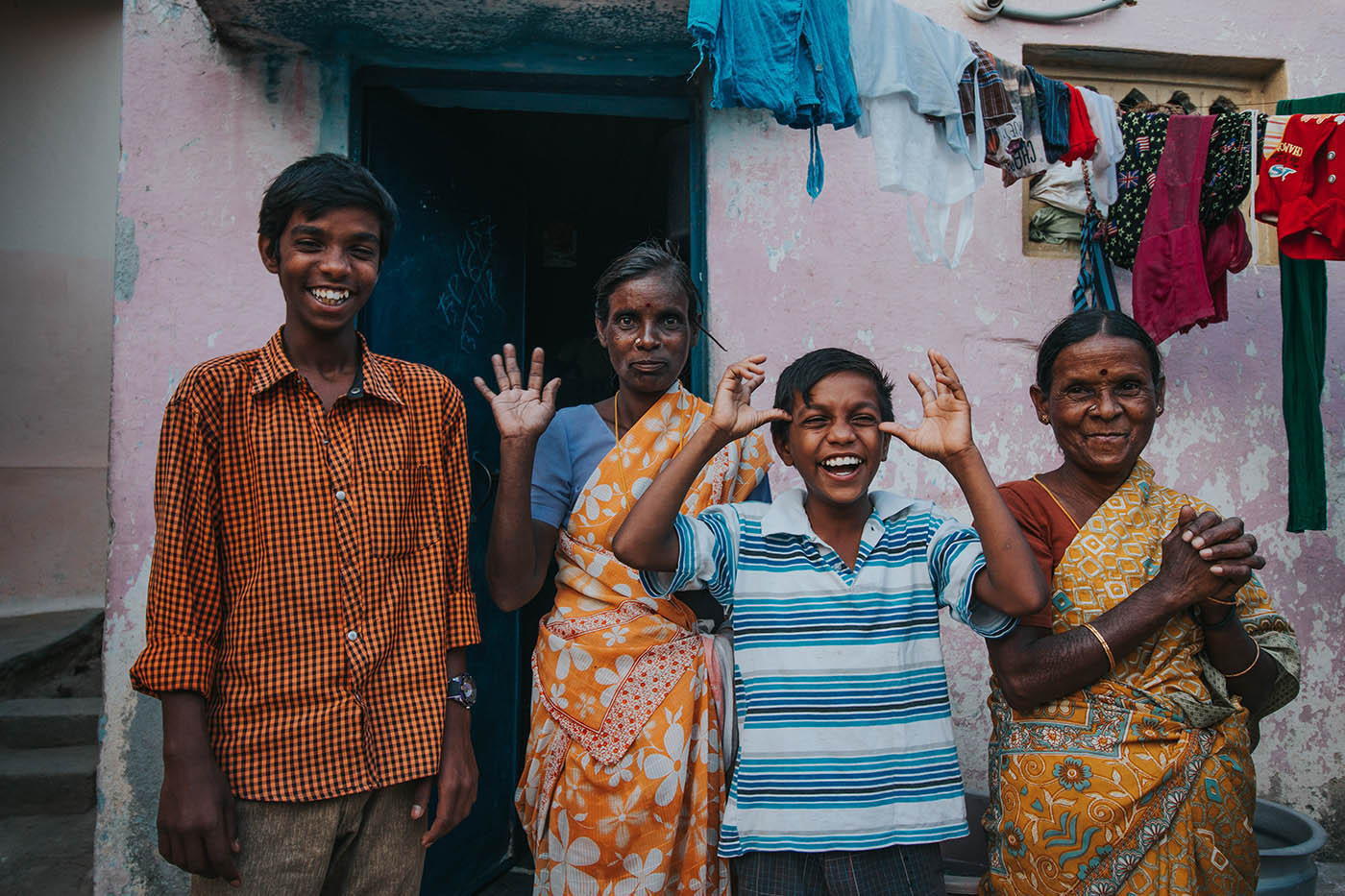 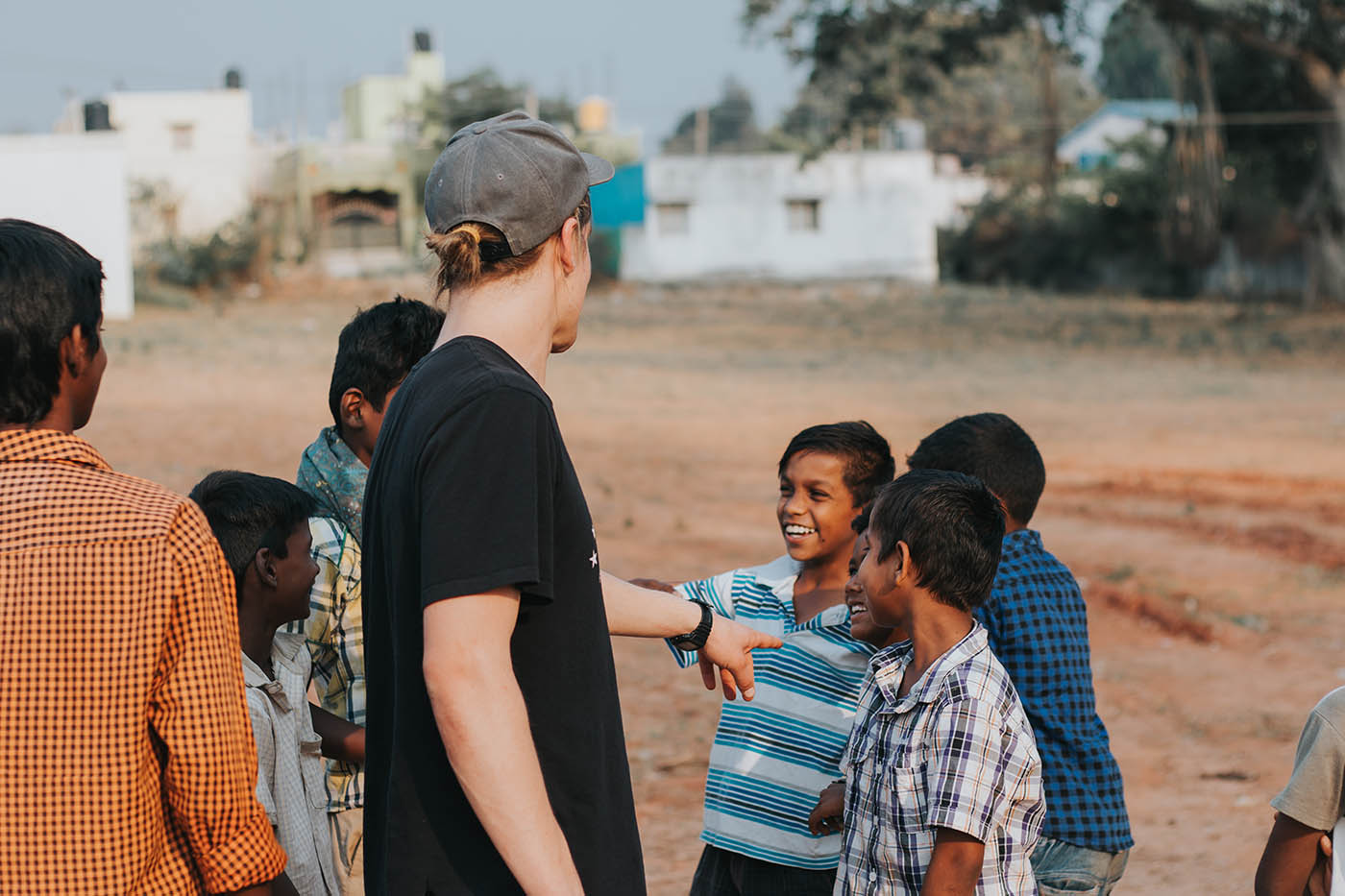 Danush lives at the top of a large rock quarry in southern India. He lives in a village that is dependent on the quarry. Most of the parents work in the quarry, and it is back-breaking labor. All-day long these men and women take homemade sledgehammers and smash granite, breaking it down into smaller and smaller pieces. This is home for Danush. 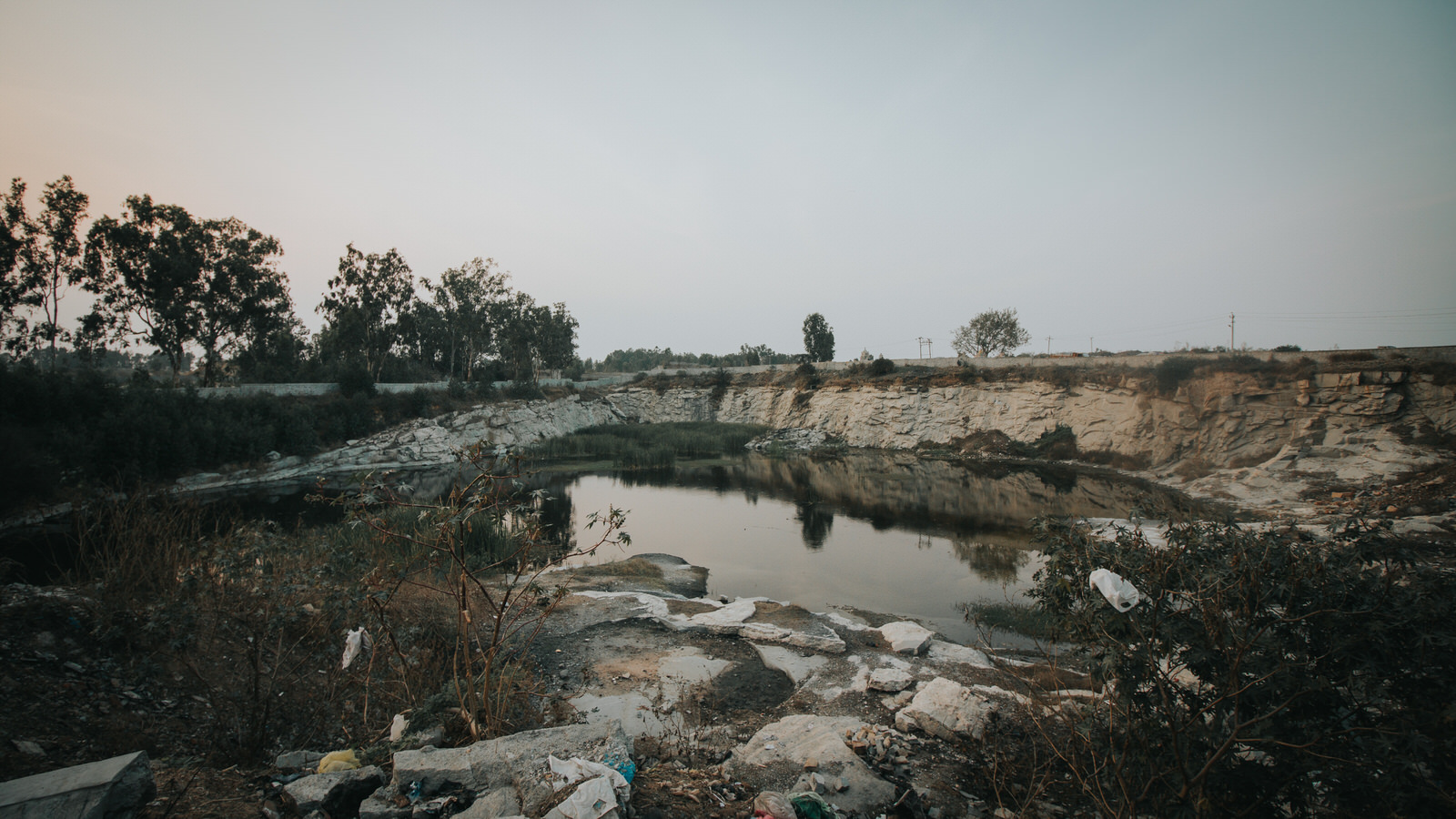 I got to go with him to his house. It was a tiny cement box, about the size of your bathroom. He sleeps on the cement every night, side by side with the rest of his family. I laid down on the floor next to him; he thought that was funny. Danush’s family doesn’t have enough money to buy him food. His mother died when he was younger, and his father can only come home once a month because of work. So he lives with his aunt. 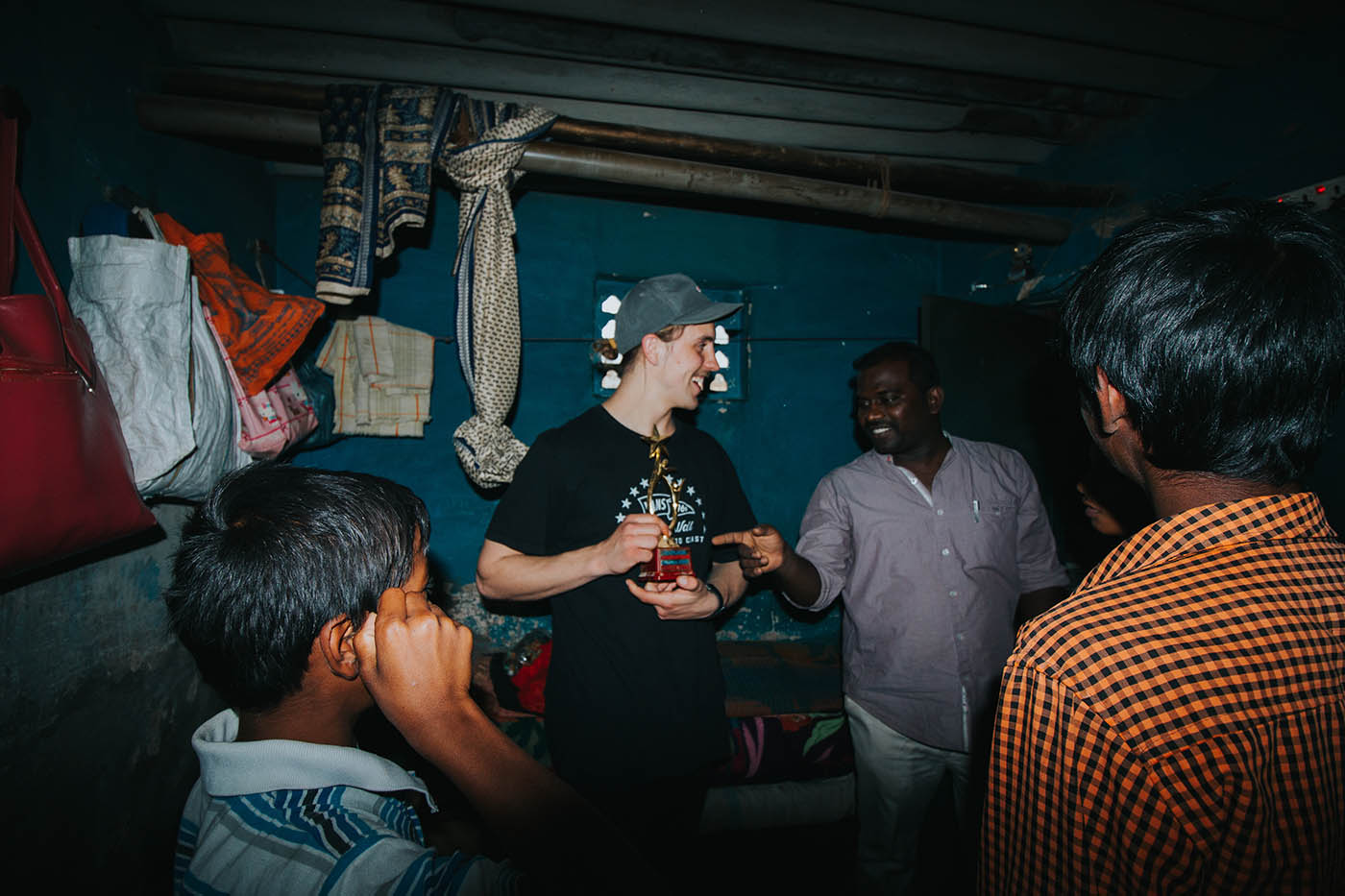 Hi my name is Danush and I live in a cement box the size of your bathroom. My mom is dead and my dad comes home once a month. We don’t have enough money for food so I go to this place called the feeding center, it’s right by my house. Most of my friends go there too, since our village is very poor many of us don’t get food if we don’t go there. It’s one meal a day, but it’s better than nothing. 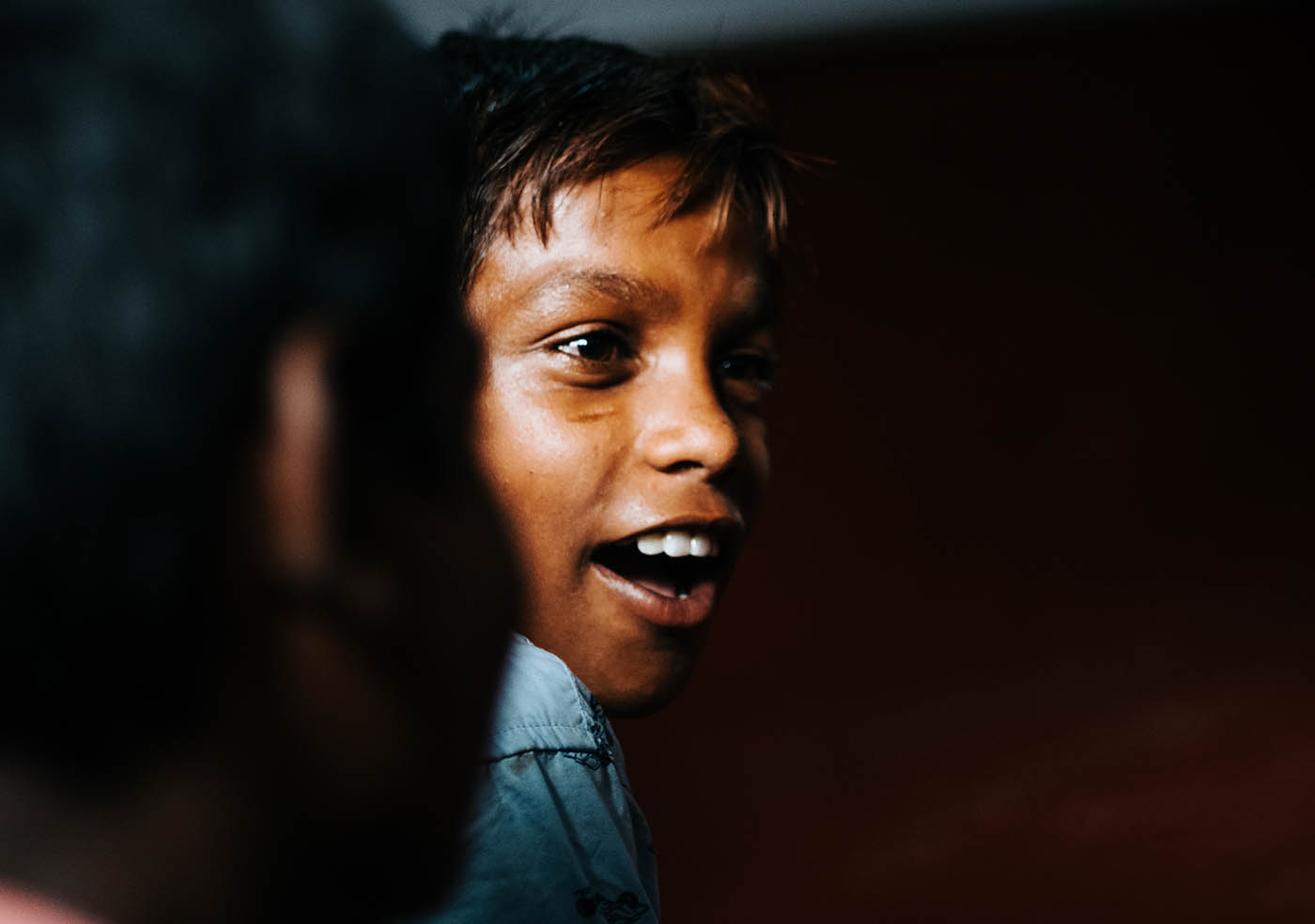 The problem is less physical and more mental. To take down cyclical poverty it must happen at the source. What is keeping these people down? I don’t like hearing that poverty is going to be gone in our lifetime because I think it is bigger than that.

To impact more kids like Danush, donate to our feeding centers!